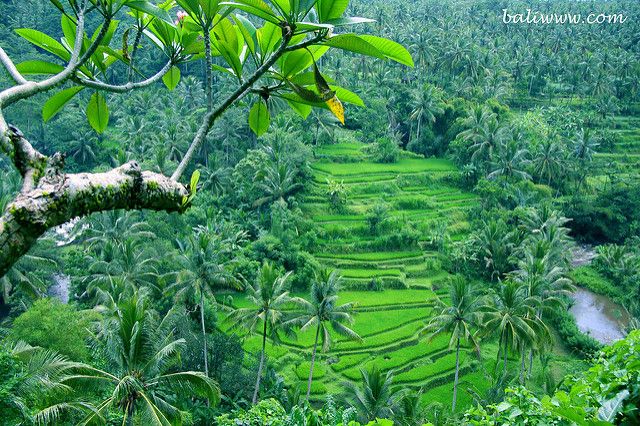 On our last 2 trips to Bali in late 2019 and early 2020 Georgie and I made pilgrimages to Taman Bebek Villas perched on the ridge overlooking the beautiful Ayung River Valley in the village of Sayan which is to the west of Ubud, just a hop, skip and jump from Penestanan, the village where Villa Tusk is located. The Cafe on the main road, Jalan Raya Sayan was closed as was the office. After asking around we found out that Made Wijaya (AKA The Stranger In Paradise) had passed away several years earlier. Very sad. I only met him once but often read his “vitriolic” newspaper column called Stranger in Paradise in which he made keen observations about the island’s expats and the “upper crust” of Balinese society.

In 1973 Made Wijaya (born Michael White) sailed to Bali on a break from Architectural studies, the ketch having difficulty landing in the high seas, Made impatiently jumped overboard to swim ashore.

His break became permanent as he immersed himself in Bali life, living with a Brahmin family, who informally adopted him, and visiting regularly with the Balinese royal families he learned much of the island’s intricate rituals and history, “gaining an almost encyclopaedic knowledge of the island that rivalled that of many Balinese”, speaking Balinese fluently. In 1975 he was officially renamed Made Wijaya by a priest in a temple ceremony.

The reason this memory of Sayan arose is because I have once again immersed myself in the magic of Bali. We will be finally returning in mid April for the first time in over 2 years. Yesterday I started skimming through a book called “A House In Bali” written in the 1946 by American musician Colin McPhee who arrived in Bali in 1932 to explore Balinese Gamelan music and eventually built a house very close to the very same location where we spent so many good times in 1998 at Taman Bebek which translates to Duck House. His book is enchanting, it’s a must read for anybody who has an interest in Bali’s past and the culture and personality of the Balinese.

24 years ago I stayed at Taman Bebek 3 times. Once in January 1998 with “A”, again in March with Georgie and again in September with Paul during the Megawati

election campaign. I had returned to Bali in January 1996 with Paul and “A” after a hiatus of about 9 years, we stayed in Legian, Seminyak and finally made our way up the mountain to Penestanan where we stayed with a man named Dhana at his homestay which was named Kori Agung, now re-incarnated as The Yellow Flower restaurant.

Our villa at Taman Bebek that we stayed in during those 3 trips in 1998 wasn’t anywhere near 5 star accomodation, no swimming pool, no air conditioning, the electricity was off more than it was on. But you know what, for me it epitomised my magical and exotic vision of what Bali was all about. This location felt like home for a while. I even took our bicycles to Bali and left them there for the whole of 1998.

Here is an except from the 1946 book by Colin McPhee “A House in Bali” where he describes how he leased the land in Sayan where he built his house.

I composed and created the music track called “Taman Bebek” as a memory of Georgie and my stay in Sayan in 1998. I play all of the instruments, most of them on guitar with the aid of a guitar synth.

It was in Sayan that I decided that I would like my own house in Bali in early 1998. To get to Sayan from Ubud would generally involve driving through the village of Penestanan, a village that I had connections with since my very first trip to Bali in 1983. I have always been drawn back to this part of Bali. I have many memories of late night drives through the quiet streets, rides on our bicycles and even walks through the rice fields. For me it epitomises a combination of the best of what I love about Bali, even the western businesses in the village seem to meld with ambience of Bali instead of fighting against it.

So here I am in late February 2022 yearning to return to Bali. It is almost 40 years since I first arrived at Ngurah Rai Airport and smelled the exotic scents of humidity, decaying vegetation, heat, human excrement, fruit, dogs … a mish mash of smells that can only be associated with equatorial Asia.

So here I am in late February 2022 yearning to return to Bali. It is almost 40 years since I first arrived at Ngurah Rai Airport and smelled the exotic scents of humidity, decaying vegetation, heat, human excrement, fruit, dogs … a mish mash of smells that can only be associated with equatorial Asia.